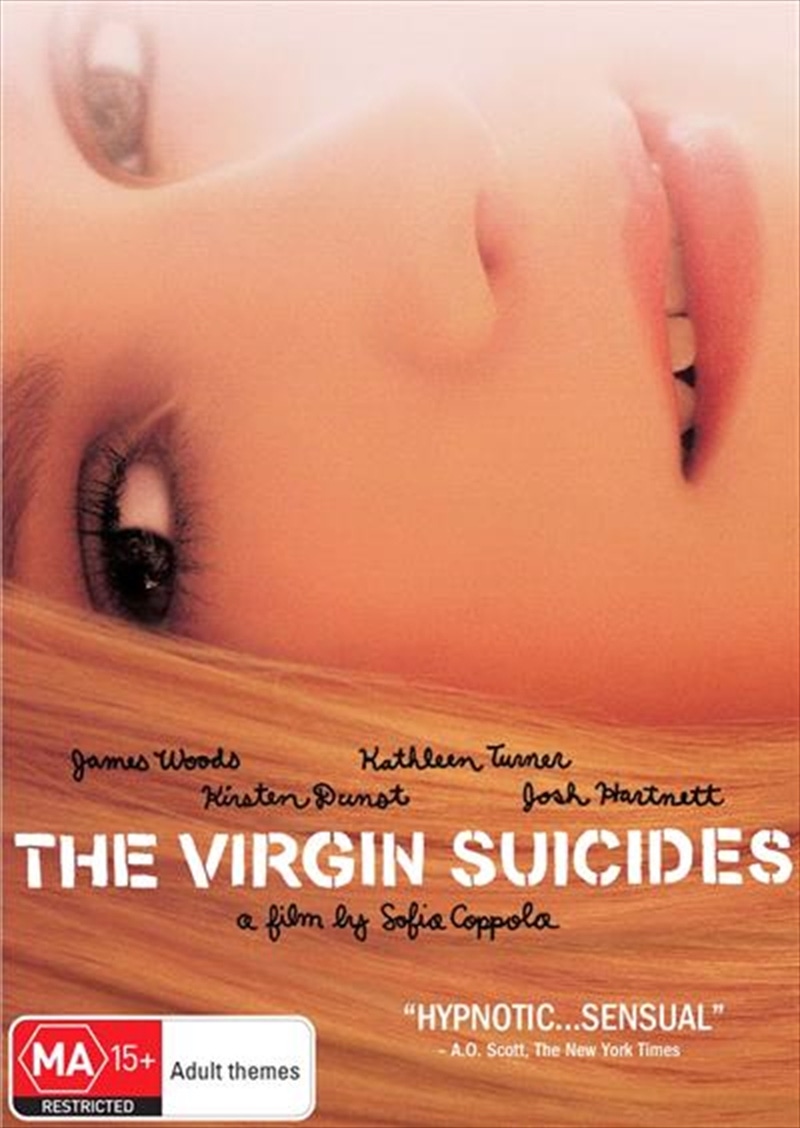 4 interest free payments of $1.37
No refunds for Change of Mind for this item provided by third-party sellers

A group of male friends become obsessed with five mysterious sisters who are sheltered by their strict, religious parents in suburban Detroit in the mid 1970s. Sofia Coppola makes a stunning directorial debut with this "powerfully seductive" film that has become the most talked about move of the year. In the mid-1970s, in a sleepy Michigan community, live the Lisbon sisters, five teenagers whose beauty has bewitched a group of neighbourhood boys. Isolated by their over-protective parents (James Woods and Kathleen Turner), they move like fleeting visions against the suburban landscape, luminous and unattainable. But when school hunk Trip Fontaine (Josh Hartnett) convinces Lux Lisbon (Kirsten Dunst) and her sisters to go to the prom, the boys' romantic fantasies threaten to come true - until they are engulfed in a stunning chain of events that will change their lives forever. Based on the acclaimed novel by Jeffrey Eugenides, The Virgin Suicides is "a haunting mystery which captures with pinpoint accuracy both an era and an age." Co-starring Scott Glenn and Danny DeVito.