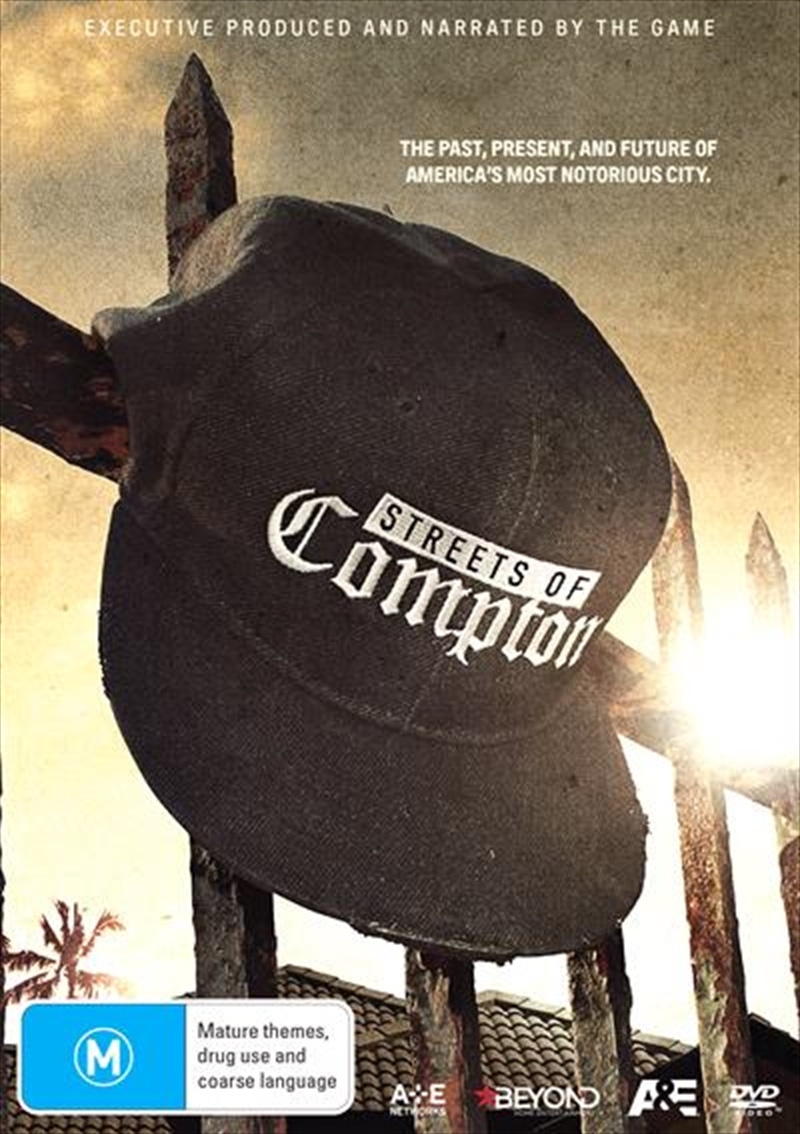 4 interest free payments of $3.55
No refunds for Change of Mind for this item provided by third-party sellers

The city of Compton has become a pop culture lightning rod from the musical influences of superstar hip hop artists and rappers like NWA, The Game and Kendrick Lamar telling their personal stories of survival in one of the roughest cities in the United States. But few people know the story of how the city went from a predominantly white, conservative suburb of Los Angeles in the 1950s to ground zero for notorious gangs the Pirus, the Crips and Sureos in the 1980s. STREETS OF COMPTON chronicles the citys history and illustrates how the iconic music, culture and style that came out of the area in the 80s and early 90s were influenced by the drugs, gangs and political turmoil of the time. Features exclusive interviews with current and former Compton residents including actress Niecy Nash, comedian Paul Rodriguez and musicians Lil Eazy-E, DJ Yella, Arabian Prince, DJ Speed, Tha Chill, MC Eiht, AD, Payso and Problem. Venus and Serena Williams father Richard Williams and former Black Panther Robert Johnson are also interviewed.