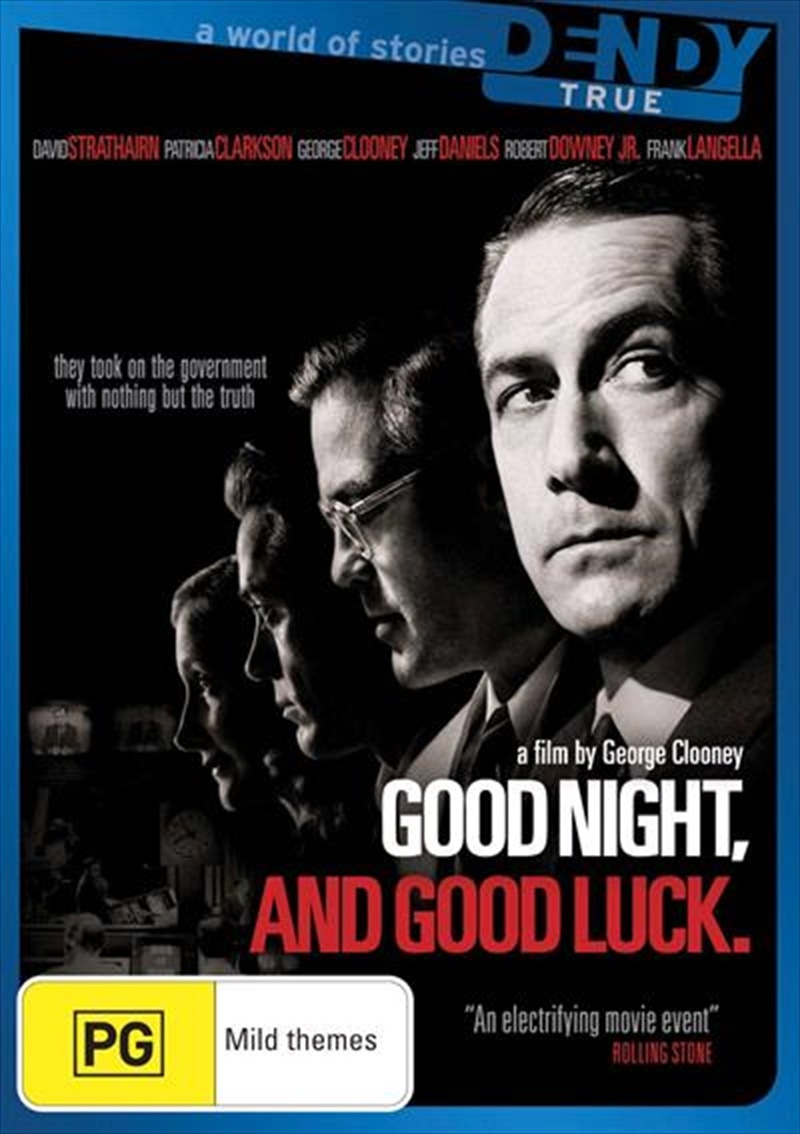 4 interest free payments of $4.64
No refunds for Change of Mind for this item provided by third-party sellers

We will not walk in fear of one another.

Written, directed by and starring George Clooney, shot in elegant black and white with impeccable ensemble acting and moody jazz riffs for a soundtrack, "Good Night, and Good Luck." provides a snapshot of the moment in history in which a major American television personality named Edward R. Murrow took on the malevolent power of a muckraking U.S. senator named Joseph McCarthy and won. It is said that for evil to triumph, all that is necessary is for good men to do nothing. But it's the reverse that's really true. For evil to be vanquished, all that is necessary is for good men -- even one good man -- to do something. In 1954, Edward R. Murrow did. With a desire to report the facts and enlighten the public, Murrow (David Strathairn), and his dedicated staff - headed by his producer Fred Friendly (George Clooney) and Joe Wershba (Robert Downey Jr) in the CBS newsroom - defy corporate and sponsorship pressures to examine the lies and scaremongering tactics perpetrated by McCarthy during his communist 'witch-hunts'. A very public feud develops when the Senator responds by accusing the anchor of being a communist. In this climate of fear and reprisal, the CBS crew carries on and their tenacity will prove historic and monumental.