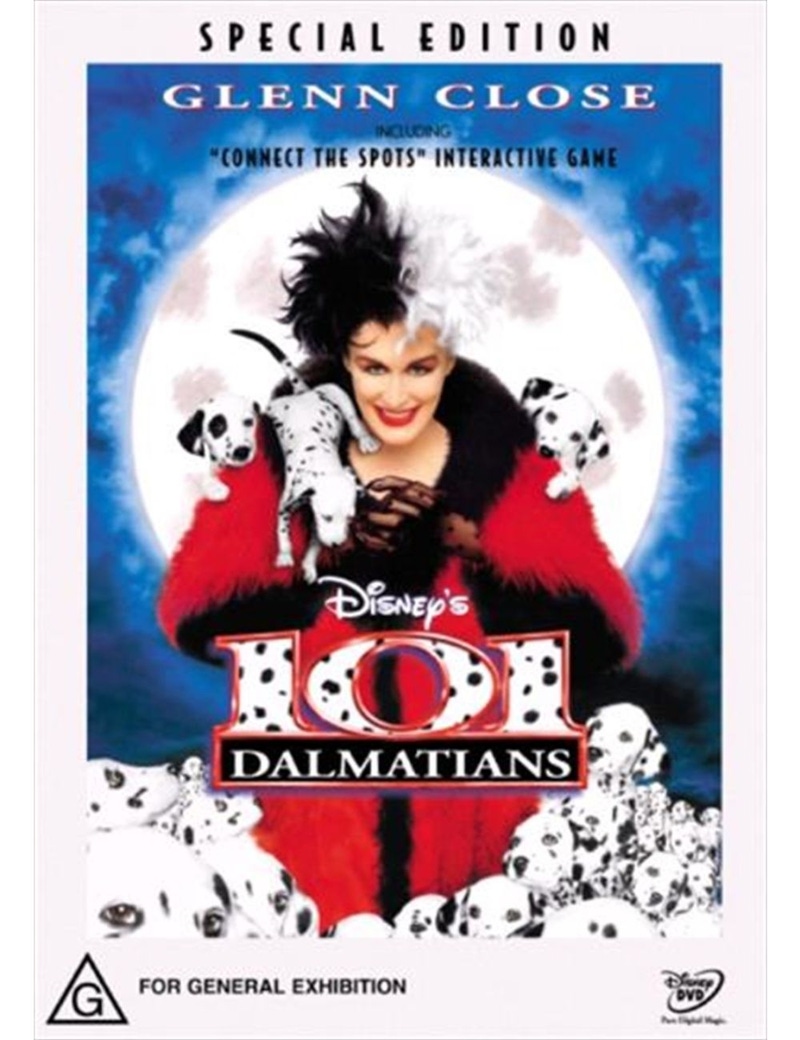 So many dogs. So little time.

Unleashing every ounce of Disney magic, 101 Dalmatians thrilled audiences of all ages with fast-paced adventure and comedy - featuring a brilliant performance by five-time Academy Award Nominee Glenn Close as Cruella De Vil. Achieving new heights of hilarity, Disney's all-time classic puppy tale came to life as a worldwide box office sensation.
In their small London flat, Dalmatians Pongo and Perdy, and their human "pets" Roger and Anita, are overjoyed by the arrival of 15 puppies. But when the spotted-fur-loving Ms. De Vil and her clumsy cohorts, Jasper and Horace, dognap the litter - along with every other Dalmatian pup in London - Pongo and Perdy must rally the town's animals to their rescue. The plan hurls them towards a thrilling climax filled with uproarious moments as the puppies attempt to outwit their captors and bring on a final showdown with Cruella!
Packed with the largest and cutest collection of puppies ever brought to film, 101 Dalmatians also features a superb cast of talented humans including Jeff Daniels, Joely Richardson and Joan Plowright. Now you can bring home Disney's live-action comedy hit, praised by critics as nothing short of "phenomenal!" (CBS-TV)