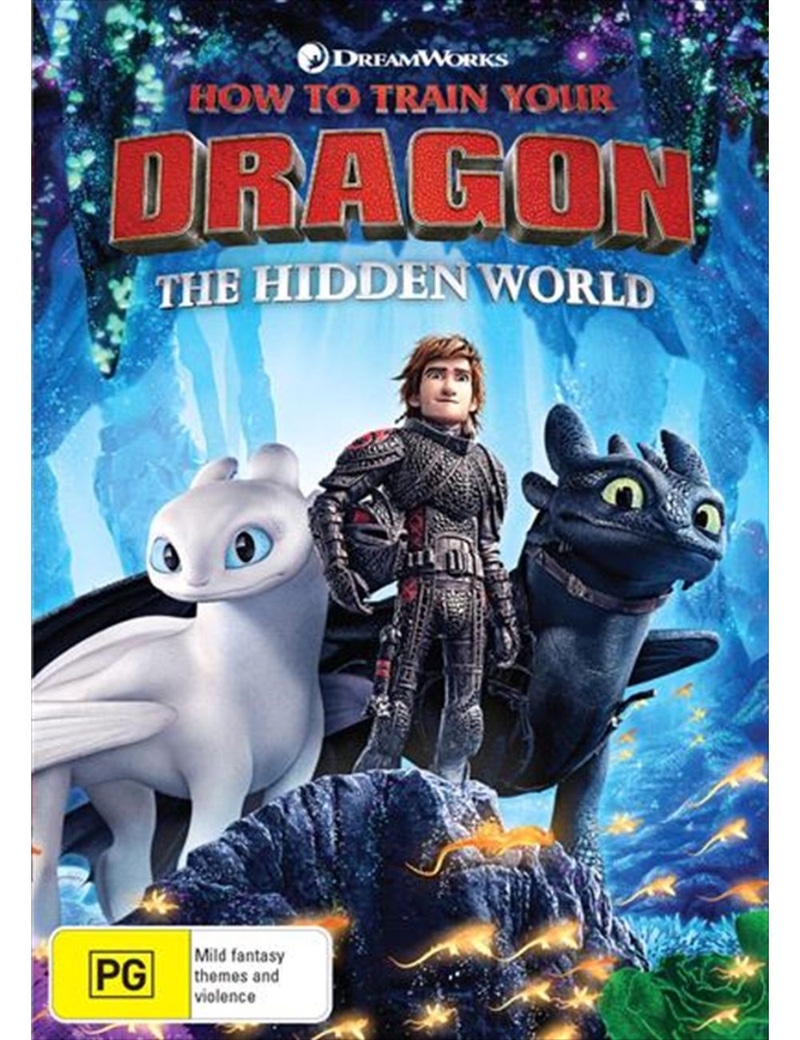 How To Train Your Dragon 3- The Hidden World DVD

The friendship of a lifetime

HOW TO TRAIN YOUR DRAGON 3, the much-anticipated continuation of one of the most beloved animated film franchises in history. When Hiccup discovers Toothless isn't the only Night Fury, he must seek The Hidden World, a secret Dragon Utopia before a hired tyrant named Grimmel finds it first.

Review of How To Train Your Dragon: Hidden World by Christopher Pattison

The ‘How To Train Your Dragon’ trilogy has been one of the strongest animated saga’s to date. With dazzling animation, a poignant, coming of age story and a fun cast of characters. I have thoroughly enjoyed this franchise and with the third instalment, I feel as though the saga is complete and I am more than satisfied with its conclusion.
‘How To Train Your Dragon: Hidden World’ is yet again another fantastic entry in the already brilliant franchise. Hiccup and his friends return as Hiccup discovers that Toothless is not the only night fury… Our band of heroes must find the ‘hidden world’, a dragon-like utopia, so that the two rare species can live out their days in peace without the interference of the villainous Grimmell (played by F. Murray Graham) who wishes to see the dragons made extinct.
The story feels like a natural continuation of the events that preceded it, which is always a good sign for a sequel, but what ‘Hidden World’ does better than the previous two instalments is show the growth of these characters. Hiccup has grown into a hero. A man. Which feels like a natural progression that has taken three films to pay-off and I applaud the team at DreamWorks Animation and director Dean DeBois for this achievement. The visuals are again magnificent, with the animation being the best that it has been in all three films. The effects really pop on 4K UHD as well, it is by far the best way to watch this film. The vocal performances are great, with Jay Baruchel again leading the cast as ‘Hiccup’. He really suits the character and provides great line delivery from comedy, to drama, you really care for his character and I think that shows exactly how good he is in the film. Other cast members; Cate Blanchett (Valka), Jonah Hill (Snotlout), Kristin Wiig (Ruffnut), America Ferrera (Astrid) and Gerard Butler (Stoick) are all great with F. Murray Graham standing out as the villainous Griummell. I thought he was really great in the film, menacing and a well suited foe for our heroes. ‘How To Train Your Dragon: Hidden World’ is delightful, with fun set-pieces, a great sense of adventure, beautiful animation and a great cast of characters. This is a worthy conclusion to the saga and I am quite sad that it is over. I am giving ‘How To Train Your Dragon: Hidden World’ a 9/10.