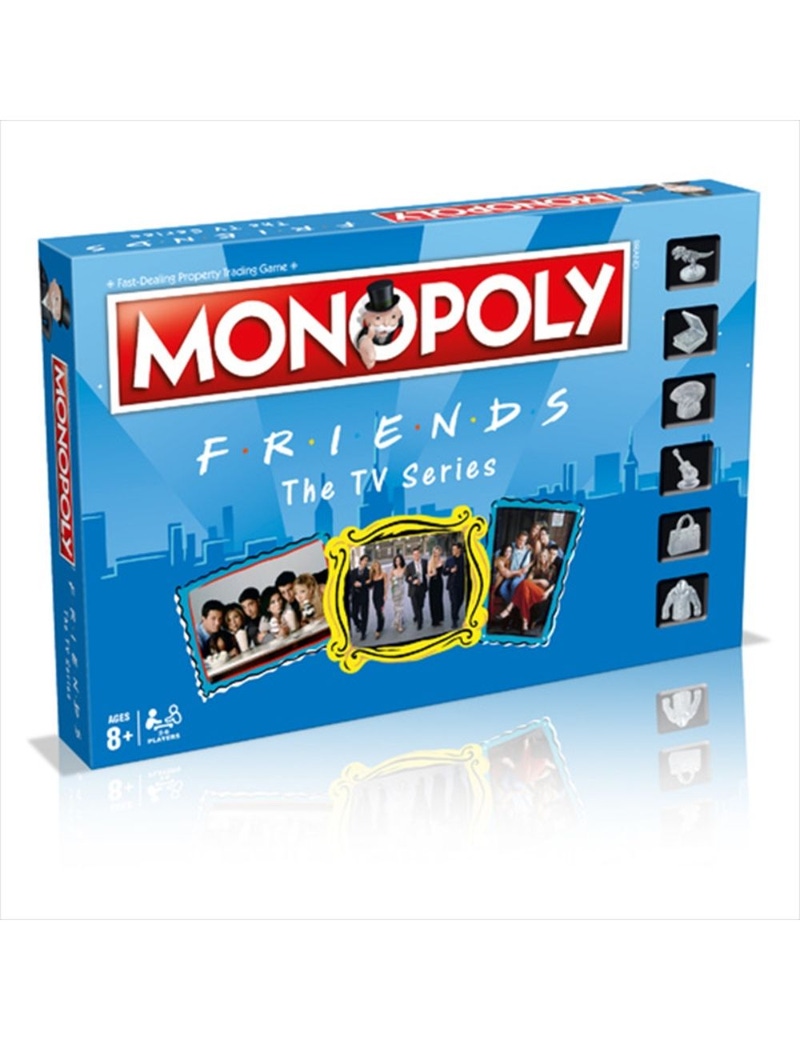 4 interest free payments of $20.12
No refunds for Change of Mind for this item provided by third-party sellers

Based on the smash hit television series that ran for 10 seasons and 236 episodes, this game could very well be your lobster.

Fans of the show will get great pleasure in purchasing iconic moments from the show, such as "Monica & Chandler's Wedding" or "The Giant Poking Device", as they move their way around the board with show-specific pawns, which include the likes of Phoebe's Guitar and Joey's Pizza!

There's hours of fun to be had with this incredible tribute to one of television's greatest sitcoms!

An absolute must for any true Friends fan.