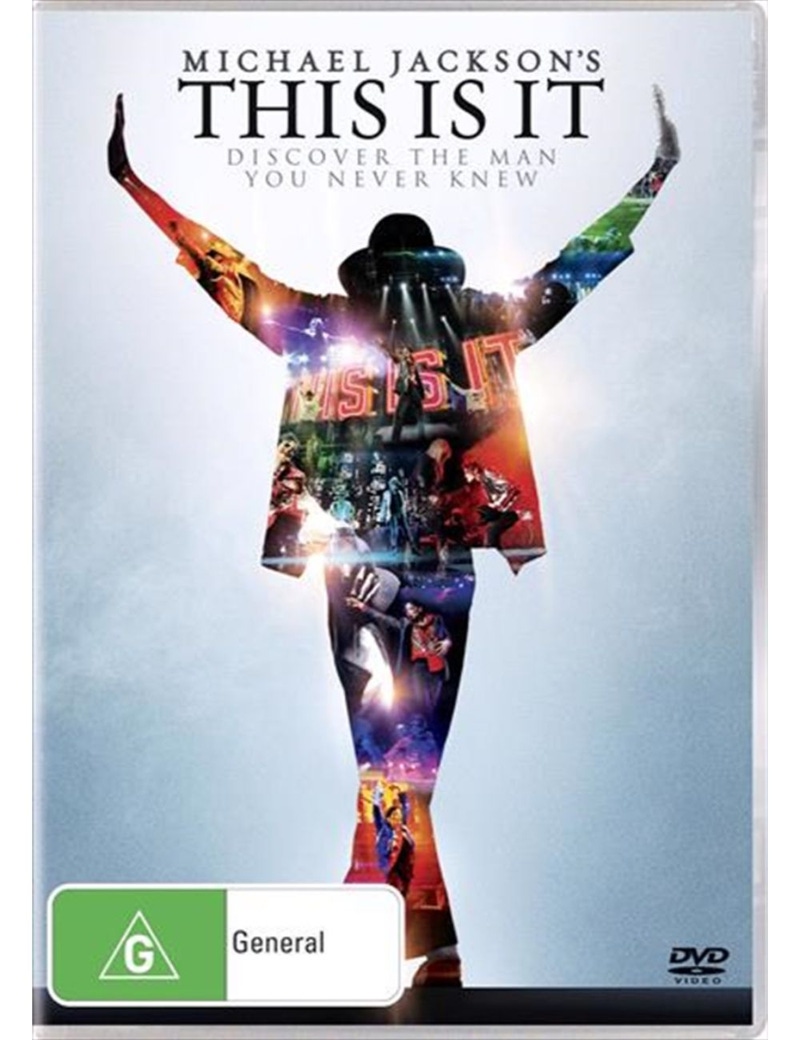 Michael Jackson's: This Is It DVD

4 interest free payments of $3.05
No refunds for Change of Mind for this item provided by third-party sellers

Discover The Man You Never Knew

Michael Jackson: This Is It will offer Jackson fans and music lovers worldwide a rare, behind-the-scenes look at the performer as he developed, created and rehearsed for his sold-out concerts that would have taken place beginning this summer in London's O2 Arena. Chronicling the months from March through June, 2009, the film is produced with the full support of the Estate of Michael Jackson and drawn from more than one hundred hours of behind-the-scenes footage, featuring Jackson rehearsing a number of his songs for the show. Audiences will be given a privileged and private look at Jackson as he has never been seen before. In raw and candid detail, Michael Jackson: This Is It captures the singer, dancer, filmmaker, architect, creative genius, and great artist at work as he creates and perfects his final show.