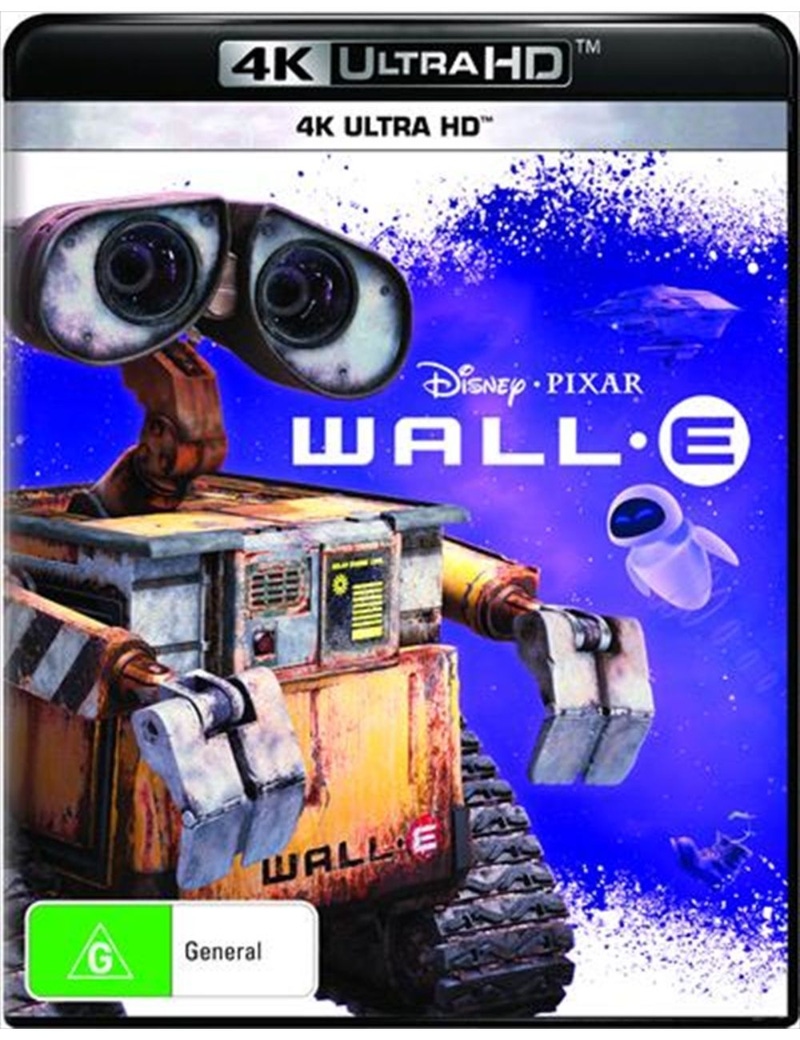 4 interest free payments of $7.37
No refunds for Change of Mind for this item provided by third-party sellers

An Adventure Beyond the Ordinar-E

What if mankind had to leave earth and somebody forgot to turn the last robot off?Academy Award-winning writer-director Andrew Stanton (Finding Nemo) and the inventive storytellers and technical geniuses at Pixar Animation Studios (The Incredibles, Cars, Ratatouille) transport moviegoers to a galaxy not so far away for a new computer-animated cosmic comedy about a determined . . . and heroic . . . robot named Wall * E.After hundreds of years doing what he was built for, Wall * E (short for Waste Allocation Load Lifter Earth-Class) discovers a new purpose in life (besides collecting knick-knacks) when he meets a sleek search robot named EVE. EVE comes to realize that Wall * E has inadvertently stumbled upon the key to the planet's future, and races back to space to report her findings to the humans (who have been eagerly awaiting word that it is safe to return home). Meanwhile, Wall * E chases Eve across the galaxy and sets into motion one of the most exciting and imaginative comedy adventures ever brought to the big screen.Joining Wall * E on his fantastic journey across a universe of never-before-imagined visions of the future, is a hilarious cast of characters including a pet cockroach, and a heroic team of malfunctioning misfit robots.Filled with surprises, action, humor and heart, Wall * E was written and directed by Andrew Stanton, produced by Jim Morris, co-produced by Lindsey Collins and features original and innovative sound design by Academy Award-winner Ben Burtt (Star Wars, Indiana Jones, E.T. the Extra-Terrestrial).